haven't been blogging, i've been creating though!

So, had a relatively slow week which means time to scrapbook. Michelle came over Friday and we scrapbooked - I think I got one layout done and then I worked on my albums from Wishful Thinking - got three albums complete but didn't put in the photos yet - that's on the list for this weekend though. Carol came over Tuesday and the scrapping continued. I did another layout while she was here, then another after she left! I love scrapbooking with friends - it's just more fun. Yesterday I tweaked a layout that I wasn't happy with - it's better now. Put together a little organizer from Jason's G'ma (her birthday was this week and we'll see her tomorrow, along with our new baby cousin - YAY). Made a birthday card, too. Then decided to do one more layout last night. I've been holding on to this Basic Grey forever - just not wanting to cut it up because it's so cute - well, i'm no longer afraid - and boy did I cut it up. So here's the end result of all this playing I've been doing:
This is the one I needed to tweak - it's much better now! 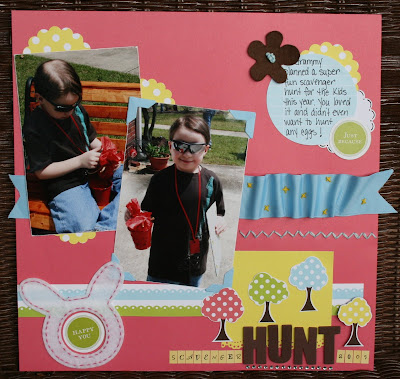 This is my current fave - We went out for ice cream and snowcones last weekend and Cole couldn't wait to eat his ice cream until we got home - this is what I spied when I looked in the back seat! 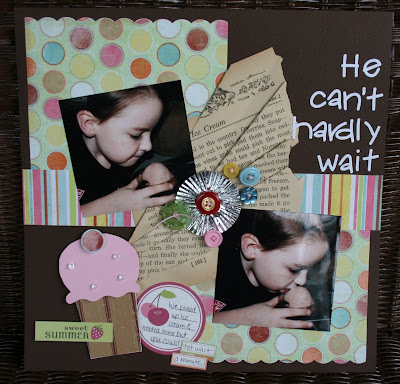 This one I started out doing to submit to a magazine, but in the end - it didn't turn out like I wanted and I missed the deadline - so maybe next time I'll actually make it to the SUBMISSION part of the task! 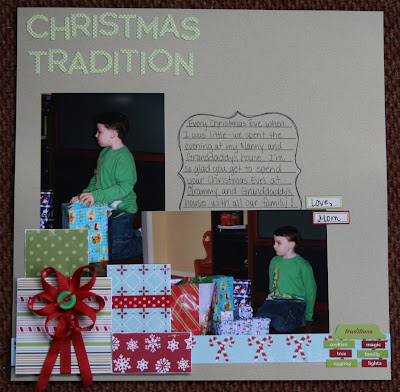 Just a little quick 4th of July layout - sweet and simple - I actually made a sketch of what I wanted to do (it was posted on the Scrap Etc message board). 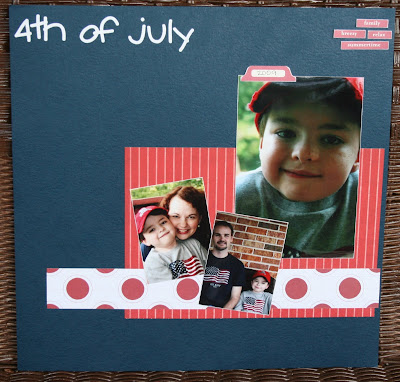 I already scrapped this picture once, but didn't really put the layout in an album right away and the layout got a bit bent up! Whoops - so what better way to fix it - just redo it! 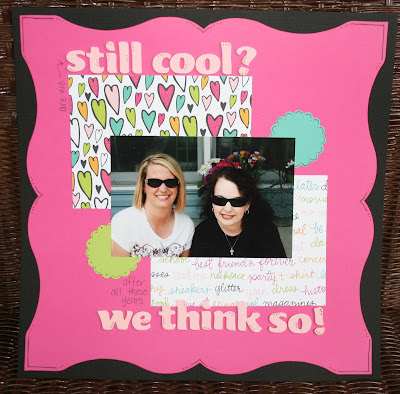 this is my fave - but it doesn't photograph well. It looks much better in person. I cut all those circles out and tried to get a lot of dimension in there - but it's hard to see it in a picture! 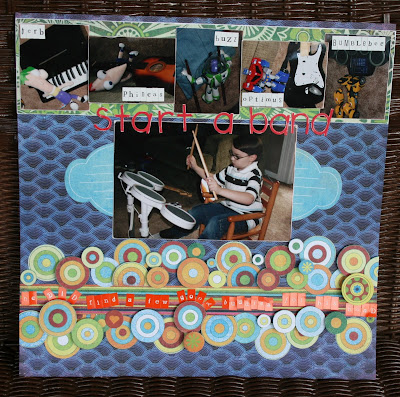 That's all I have photos of for now. Thanks for looking! Hopefully I'll have new baby pictures of our newest little cousin and I'll scrap a few of those this next week!

I enjoyed getting together too. We will have to do it again SOON!